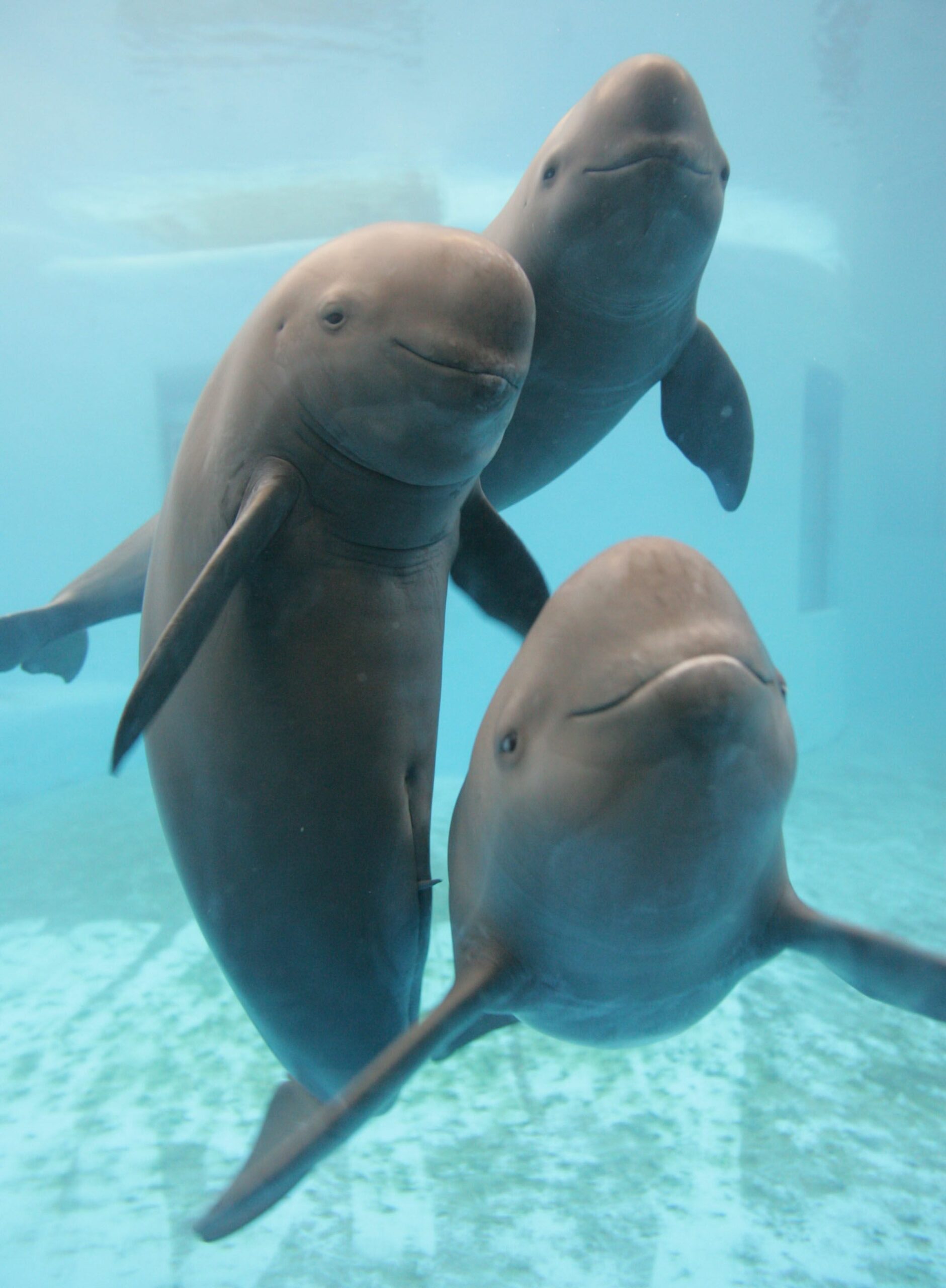 Porpoises are sea mammals often confused with dolphins based on their appearances, but they are actually more closely related to whales and narwhals. There are eight subspecies of porpoises, and all of them are among the smallest species of toothed whales. The porpoise population is still considered abundant but has recently declined because of hunting, fishing, and environmental hazards.

Some organizations, such as the Convention on the Conservation of Migratory Species of Wild Animals, have managed to capture porpoises out of dangerous habitats into controlled spaces where they can monitor them.

· Porpoises are considered conscious breathers; while other sea mammals can sleep, they must remain alert not to drown while resting. During periods of sleep, porpoises use half of their brain for swimming, avoiding other creatures, and breathing subconsciously.

· Female porpoises go through a one-year gestation period, giving birth to only one calf.

· Porpoise calves are born completely underwater; they come out tail first to prevent them from drowning.

· In the wild, Porpoises can live up to 30 years; previous records indicate that porpoises brought up in captivity do not fare well, and some die months after they are introduced into these captive environments.

· Porpoises use echolocation to navigate through the ocean; some species are well adapted to deep-sea diving.