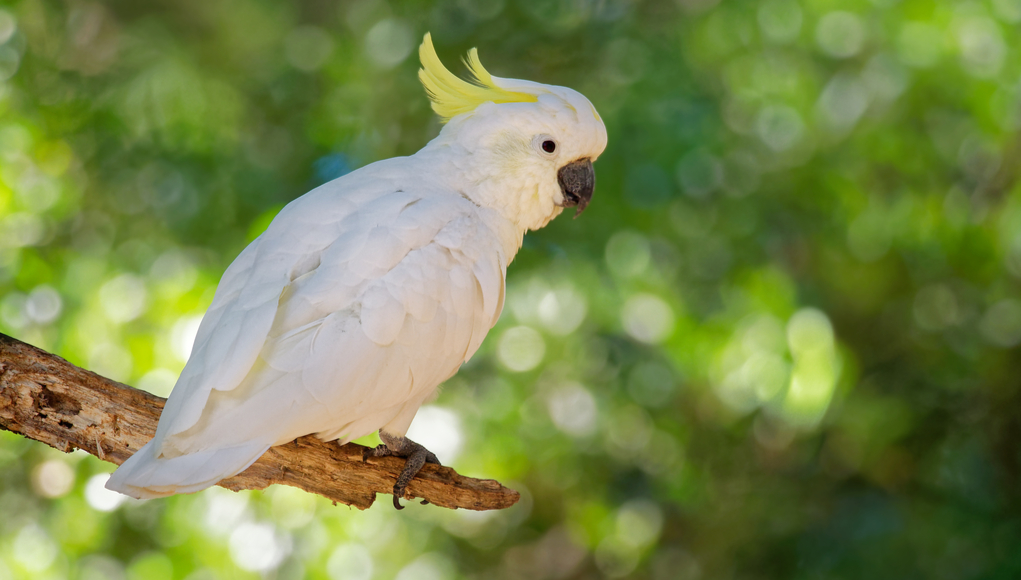 Cockatoo is a name that refers to the 21 parrot species of the Cacatidae family. They are generally larger than other parrot species and have a curved bill with a prominent chest. They are popular birds in aviculture and do well in captivity. However, the illegal capture of these birds is one reason for the bird's declining population.

Did you know that the word "cockatoo" refers to a person who stays on watch while an illegal activity occurs?

The cockatoo is a parrot species found mainly in Australia and Indonesia. They can be found in a multitude of colors and have a wide range of vocalizations for different purposes. They make distinct sounds for alerting others, demonstrating their range of moods, and controlling the cohesion among the flock, among other purposes. Palm cockatoos are reported to use branches or sticks to communicate over long distances by drumming on trees.

· The cockatoo mostly feeds on seeds, tuber, flowers, corn, insects, and fruits in the wild. Human encroachment into their biome reduces their natural habitat while the birds feed on farm produce, making them agricultural pests.

· The word cockatoo has a Dutch descent; it is derived from the phrase kaketoe, which dates from the 17th century.

· The cockatoo uses its prominent bill to crack open seeds; the eye sockets are reinforced to protect the eyes when the bird moves its beak sideways.

· The cockatoo is known to preen throughout the day; preening is performed by some species of birds where they use their beaks to arrange feathers and clean the plumage.

· The cockatoo parrot molting process takes two years to complete; it replaces its flight feathers one by one.