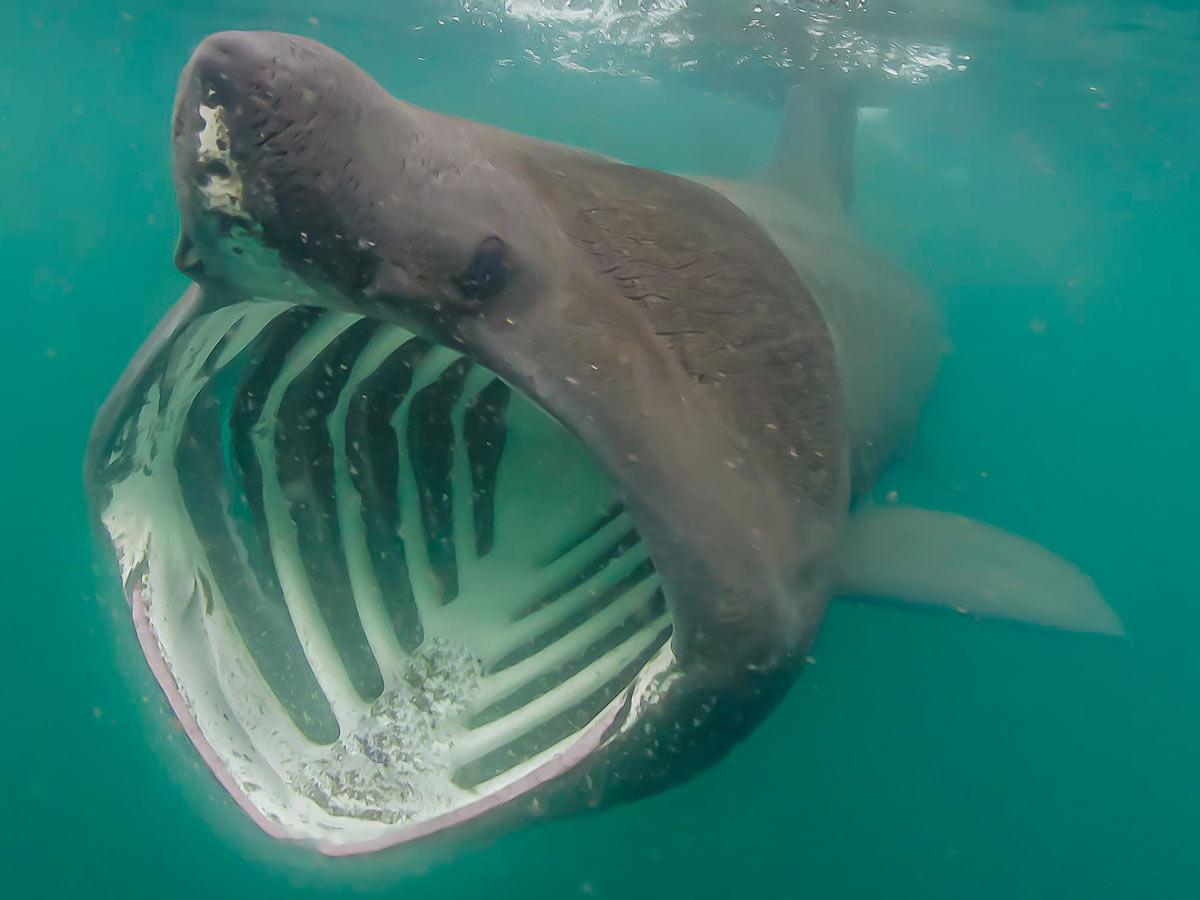 The basking shark is a huge, slow-moving migratory shark that can grow up to 40 ft. and weigh over 5 tons. It gets its name, basking shark,  from its habit of feeding at the surface and somewhat appears to be basking in the warmer water there. This shark swims close to the surface with its huge mouth open; it filters over 2,000 tons of seawater per hour, scooping up zooplankton.

A basking shark has particular adaptations for filter feeding, such as highly developed gill rakers and a greatly enlarged mouth. As water filters through the mouth and over the gills, the plankton gets trapped in the gill rakers, which are dark and bristle-like.

During extreme winters, satellites can track the basking species on the continental shelf (200m) and deep waters.

The basking shark has been a commercially important fish species for a long time, as a source of food, shark fin, shark liver oil, and animal feed. But overpopulation has significantly reduced its population.