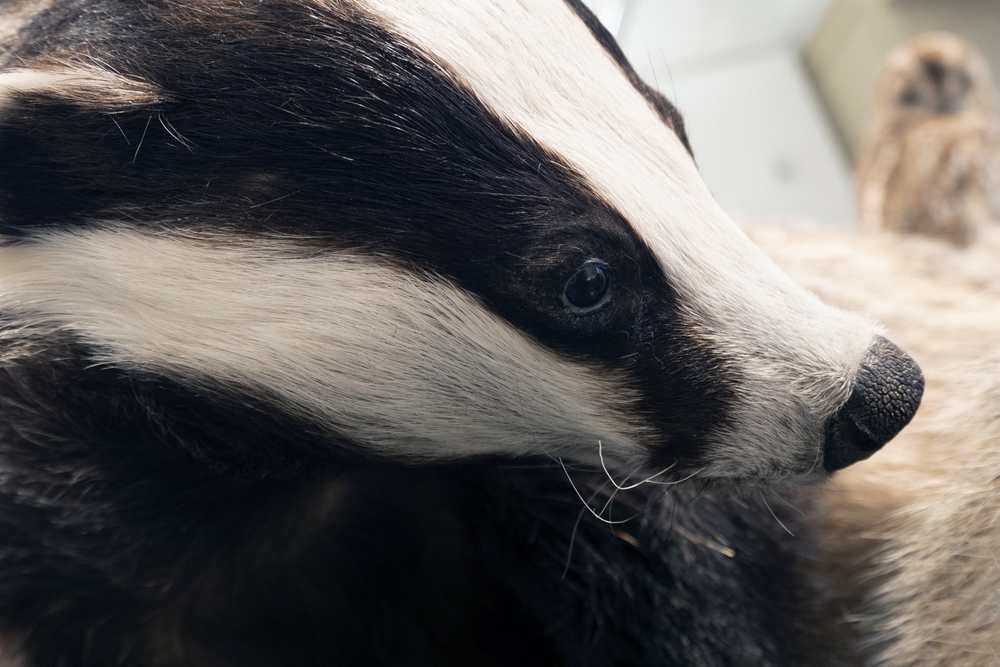 Badgers are short-legged, bad-tempered mammals. They're covered in a thick coat of white fur with a black stripe across their back. Their large front teeth and flat nails help them dig burrows deep enough to escape predators, but they also like to wallow in mud and roll in it when they feel particularly adventurous.