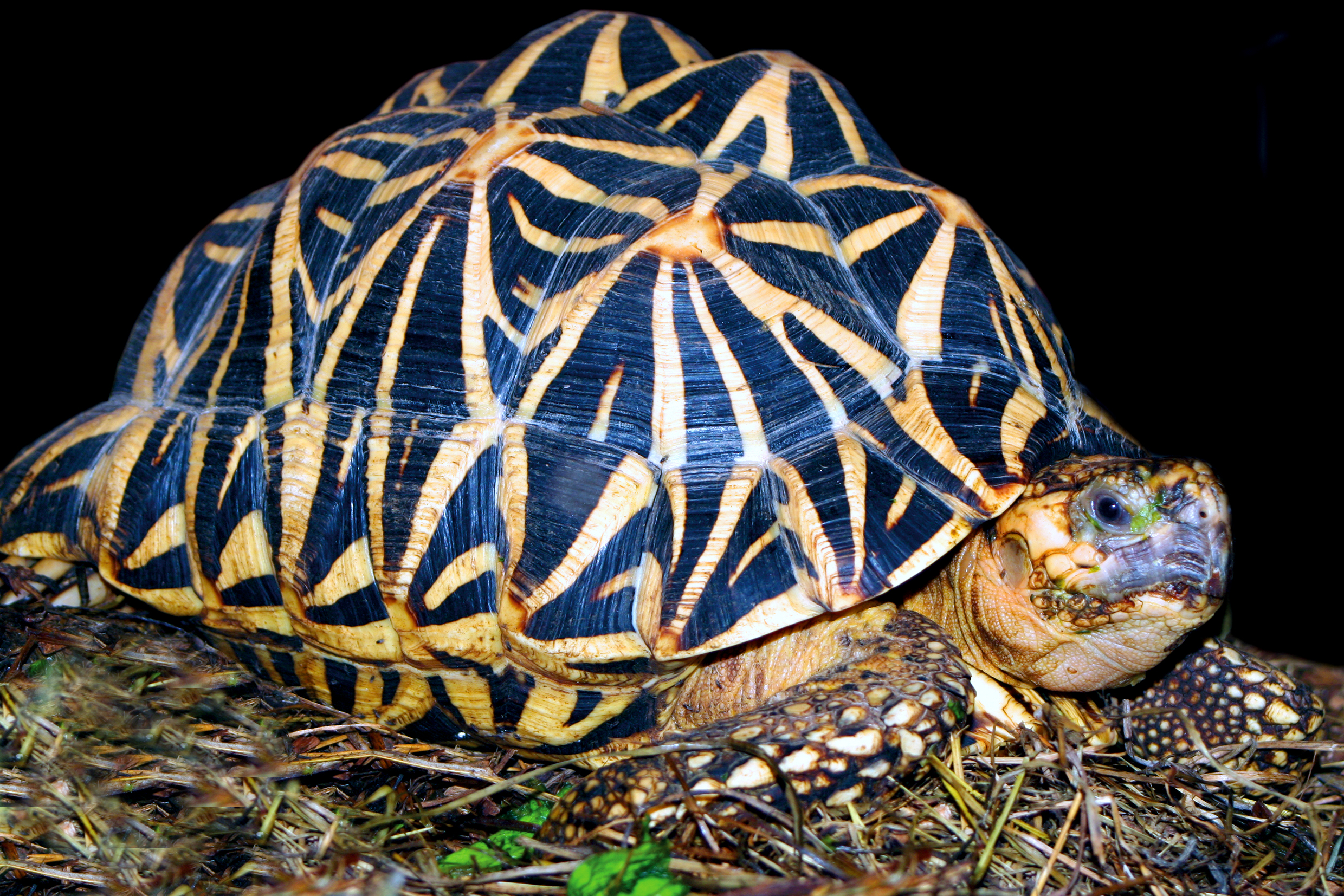 The Indian Star Tortoise is a rare breed of tortoise found in the forests of India, Pakistan and Sri Lanka. Its shell pattern has various star patterns that form hardpoints and come in many colors. They are anywhere from amber to bright blue.

This species has grown increasingly popular in the pet trade industry and has become a favorite pet for many. Sadly, this has led to the Indian Star Tortoise being placed on the endangered species list. At one point, it was threatened with the possibility of extinction, and that led to boosted efforts to strictly enforce international laws that protect it from the pet trade industry.

The species is known for its love of sunlight and the outdoors. The Indian Star tortoise needs intense heat and good light in order to survive. Plus, they are very adaptable to arid climates and can easily withstand a good monsoon. Like most exotic animals, they enjoy a lot of natural sunlight as opposed to anything artificial and will do very well in terms of overall health when they are allowed to reside within those climates.

But the one trait that strikes us the most regarding the Indian Star tortoise is its personality. This tiny little creature is very timid and quite harmless. They are known for their peaceful nature and would make a loving pet. But because they are on the endangered species list (and wild animals do best in the wild), it’s best to enjoy them in their natural habitat from a safe distance.